The Bay of Quinte riding was created by the 2012 federal electoral boundaries redistribution and was legally defined in the 2013 representation order. The riding came into effect upon the 42nd Canadian federal election on October 19, 2015. It was created out of parts of the electoral districts of Prince Edward - Hastings (62%) and Northumberland - Quinte West (38%). It consists of the City of Quinte West, Prince Edward County and the part of the City of Belleville south of Highway No.401 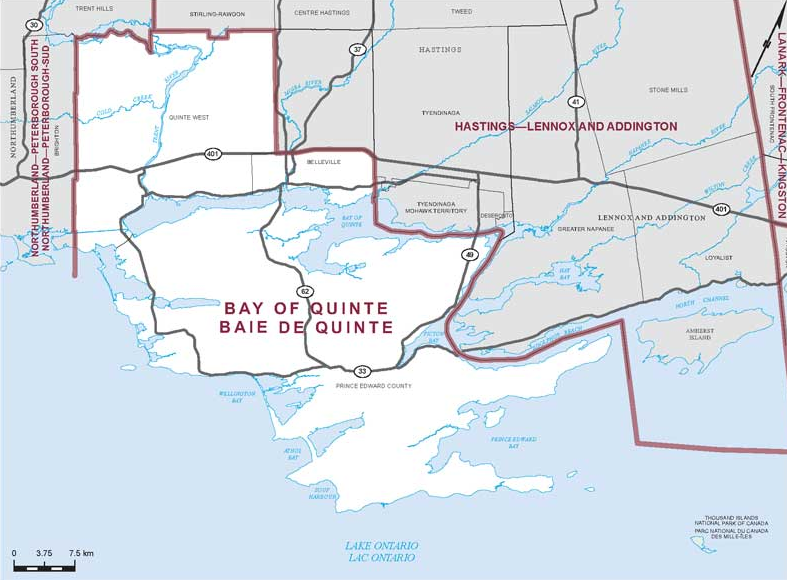