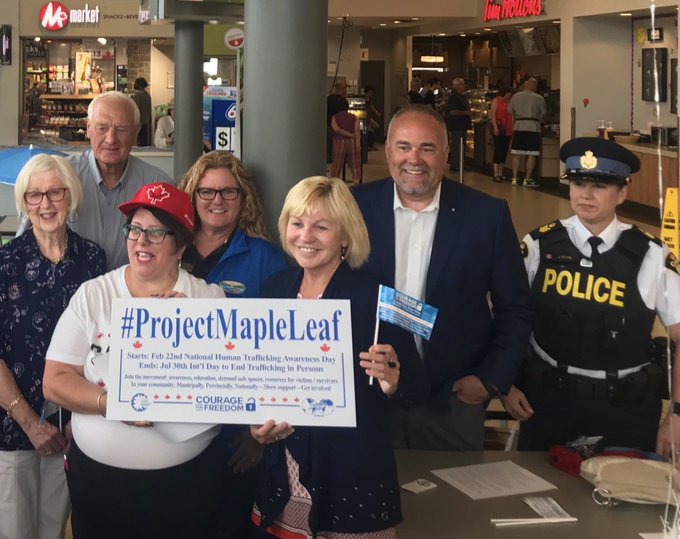 Human trafficking is an appalling crime that robs the safety, livelihood and dignity of those being exploited and abused.

This morning, I stopped at the OnRoute in Trenton for #ProjectOnRoute, which is raising awareness that Ontario - and the 400-series highway corridors, in particular - is a major hub for this despicable act. Nearly two-thirds of police-reported cases in Canada occur in this province.

In the majority of cases, victims are female with youth and Indigenous women identified as being especially vulnerable. Nearly 75 per cent of human trafficking victims identified by police are under age 25 and the average age of entry into sex trafficking is 13 years old.

To find out about Ontario's efforts to stop trafficking and help survivors, visit Ontario.ca/humantrafficking.

To get help, report a tip, or find community services, contact the Canadian Human Trafficking Hotline at 1-833-900-1010 or www.canadianhumantraffickinghotline.ca.