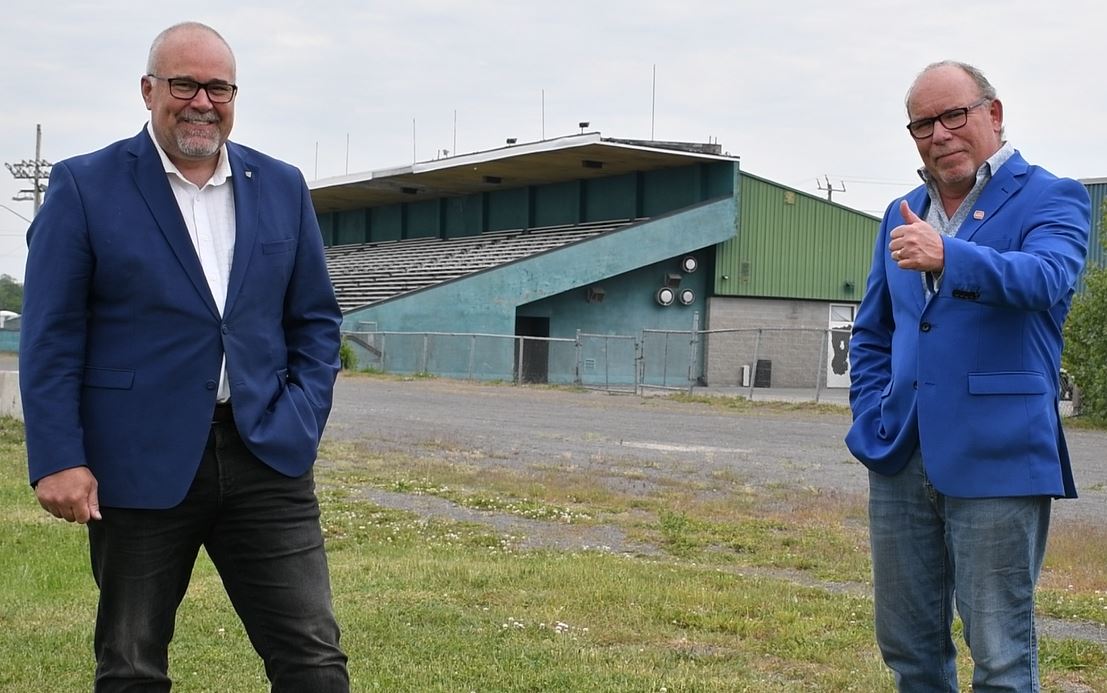 On Monday, June 7, I was pleased to take part in a virtual event to announce that a $22.4-million YMCA Centre for Life will be built in Belleville's west end.  The development is supported by multi-level investments through the Investing in Canada Infrastructure Plan.

The project will include two swimming pools, a gymnasium, and multi-purpose and exercise space and house the YMCA,  Volunteer and Information Quinte, and Quinte Vitality Support Services.

The Province of Ontario contributed $7.4 million toward the total cost.  The federal government will contribute $8.9 million, and the YMCA of Central Eastern Ontario $5.9 million. The City of Belleville contributed land on the Quinte Exhibition grounds.  Here, I join YMCA of CEO President and CEO David Allen to survey the site.